Question: Which Should Come First, Being or Doing?

A leader’s greatest potential to contribute [to people they lead and their outcomes] is granted by followers who perceive a leader as “BEING leader.” Unlike the title “manager,” the title “Leader” is earned (over time), and determined (by people who WANT to follow that person). If you just DO manager stuff — make sure people follow the rules and do their jobs — that’s insufficient to be granted leader status by those who must adhere to the rules and get the job done, often with “attitude”. Being leaders create a world of individuals who gets stuff done with grace, with dignity, with trust, with extraordinary engagement, with values that inspire employees to give their all because they are connected to a common cause, inspired by their leaders.

As a manager you might get adherence to the rules, just not that extra hour of discretionary effort, or engaged discovery that leads to a new product idea. For some managers who expect results without providing the human touch, this is a tall order. Today more than ever managers need to primarily be coaches to their direct reports. “BEING” is contextual, meaning it is a place that someone comes FROM, like a created potential such as being generous or granting being to another. You can carry the title “manager” and not be BEING leader.

Without “BEING” a leader, followers won’t follow with their heart. Oh, they will give lip service to their managers and do as they are told because their livelihood depends on it. The damage of lack of BEING leader can be seen in low employee engagement. Despite the attention given to engagement through anonymous surveys, the evidence today continues to show that ~70 percent of employees are disengaged.¹ The measurable cost of disengaged employees runs from $450 to $550 billion per year in lost productivity.² 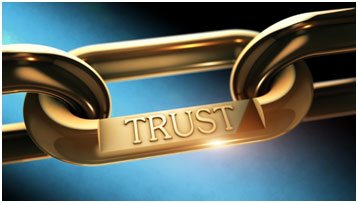 “Being” and Trust Are Intimately Linked
A closely related issue is the lack of trust of leaders who demand actions and outcomes but don’t demonstrate BEING Leader, i.e. someone whom followers want to follow. As explained in Stephen M.R. Covey’s book, The Speed of Trust, when trust goes down, cost goes up and speed goes down. You only need to catch an airplane to see this demonstrated— it sure takes longer with TSA checking to be sure we are who we say we are since 9/11.

Culture is the Experience of BEINGNESS in Organizations
Strategic planning, key performance indicators, and performance reviews all occur as doing in order to have certain results. If people do what they said they would do and produce expected or promised result, that’s good. Notice, people can produce results with great joy, or they can produce results with“attitude”; the difference is in how they are being. How things are done, the energy surrounding what is achieved, is called culture. Dr. Peter Drucker and others have been credited with the saying, “culture eats strategy for breakfast.” Culture is a broader context for HOW things get done, HOW results get produced. Are people playful, enjoying their teammates?

“No company aspires to culture-by-diktat, but many well-intentioned initiatives are perceived that way because genuine culture arises organically. It spreads naturally. It can’t be controlled (as totalitarian governments continue to learn the hard way). It is top-down, in the sense that organizations tend to take on the values and personality of their leaders (think Herb Kelleher at Southwest, Howard Shultz at Starbucks and Richard Branson at Virgin). And culture can’t be forced from the top down. That’s a sure path to resentment and rebellion, whether passive or aggressive.”³

Is your employees’ vision of your vision clouded by who you are being? Culture is derived in large part from leadership by example, by bringing a healthy, growth-oriented and learning self to your leadership role. Is who you are BEING so overwhelming your people can’t hear what you are saying or see what you are doing?

Simon Sinek is responsible for the growing popularity and importance of knowing your WHY. In his book Start with Why he brings a clear focus on the importance of context, of being. His TED talk by the same name has been viewed by 2.2 million people4. A Why is bigger than self, bigger than organization. It’s a promise for the world, a commitment to increase goodness. And this plays a big role in creating a foundation for a culture.

My WHY and the WHY of Accountability Pays is that leaders lead with integrity, with love and listen for people’s greatness. From this place — this context — this BEINGNESS, I bring myself to my coaching and team building projects. My WHY gives me the courage to have tough unvarnished conversations and to point out the elephants in the room, to say what no one has been able to say that needs to be said.

If a leader has his/her why and shares it, and an organization has its why which is shared, then BEINGNESS is present in that leader and in the culture. People who work in organizations that are purpose driven can find satisfaction in contributing to a cause greater than themselves. This is an intrinsic reward that inspires followership and gains extraordinary discretionary effort.

Conversely, if change is happening for the sake of change without a vision, a purpose, something for employees to clearly align with and make their own, then engagement will suffer and you can FEEL it when you walk into a workplace, into a room.I know each of you has experienced that somewhere before.

My promise gets me up every morning and inspires me to keep having conversations with leaders who get it or who want to get it, or at least who are willing to look at purpose, culture, commitment to a WHY, and be aware and responsible for who they are Being. These individuals and their leadership teams want to inspire their people for reasons above and beyond the organization’s survival or internally focused results. Their caring and focus is larger than themselves or their enterprise. 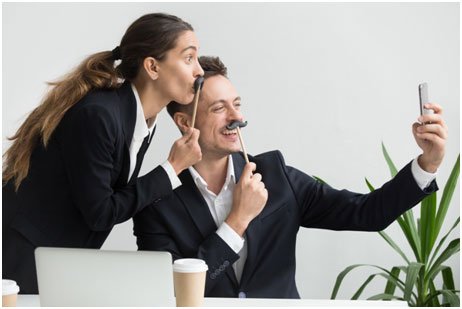 These leaders can imagine a world of individuals who get stuff done with grace, with dignity, with trust, with equity, with values that inspire employees to give their all because they are connected to a common cause, inspired by their leaders. Engaged workers are not only productive, they can even be playful. Do you see yourself in that picture? You will if you follow the “BEING FIRST” recipe, watch your people come alive! See what they can do when they bring ALL of themselves to their responsibilities inside of a context of making a difference, and knowing why.

About the Author: Pamela Stambaugh